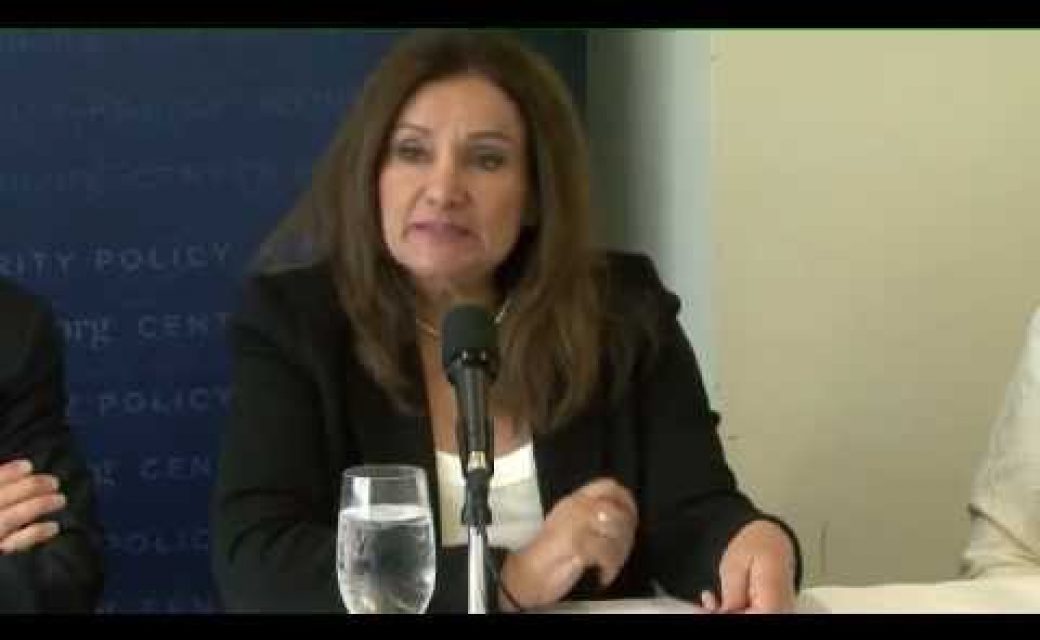 This Thursday, May 10th, at 10:00 a.m. in the Bloomberg Room of the National Press Club, the Center for Security Policy launches a national public education campaign to ask America’s leaders to end the real ‘war on women’ — the Shariah War On Women. (http://www.theshariahwaronwomen.org)

Shariah law oppresses women’s liberties and human rights, denying them their unalienable rights of life, liberty, and the pursuit of happiness:

* Life: Shariah destroys women’s lives through honor killings, physical abuse, female genital mutilation, and rape. This occurs not only to Muslim women but also to Christian and secular women through acts of kidnapping, imprisonment and murder.

A panel discussion, moderated by Center President Frank J. Gaffney, Jr. and featuring several prominent civil liberties and human rights activists, will launch the national campaign to end the Shariah War On Women. Panelists will include:

Nonie Darwish: Ms. Darwish is an American human rights activist, writer, public speaker as well as founder and Director of Former Muslims United and founder of Arabs For Israel. She is the author of a new book titled The Devil We Don’t Know: The Dark Side of Revolutions in the Middle East. She is also the author of Now they Call Me Infidel; Why I Renounced Jihad for America, Israel and the War on Terror and Cruel And Usual Punishment: The Terrifying Global Implications of Islamic Law. She speaks frequently at college campuses, religious institutions and civic association meetings. She is currently a Senior Fellow with the Center for Security Policy.

Cynthia Farahat: Ms. Farahat is an Egyptian political activist, writer and researcher. In December 2011, Ms. Farahat testified before the Tom Lantos Human Rights Commission in the US House of Representatives on the roots of the persecution of the Coptic Christian minority in her native Egypt. In 2008-2009, she was program coordinator and program officer at the Friedrich Naumann Foundation for Liberty in Cairo, a multi-national free market think tank. She co-founded the Liberal Egyptian Party (2006-2008) and served as a member of its political committee. She is a fellow at the Middle East Forum and the Center for Security Policy and works with the Coptic Solidarity organization.

Clare Lopez: Ms. Lopez is a strategic policy and intelligence expert with a focus on Middle East, homeland security, national defense, and counterterrorism issues. Lopez began her career as an operations officer with the Central Intelligence Agency (CIA), serving domestically and abroad for 20 years in a variety of assignments, acquiring extensive expertise in counterintelligence, counternarcotics, and counterproliferation issues with a career regional focus on the former Soviet Union, Central and Eastern Europe and the Balkans. Ms. Lopez is a regular contributor to print and broadcast media on subjects related to Iran and the Middle East and the co-author of two published books on Iran. She is the author of an acclaimed paper for the Center for Security Policy, The Rise of the Iran Lobby, where she serves as a Senior Fellow.

Karen Lugo: Karen Lugo is the founder of The Libertas-West Project and in this capacity she responded to a request from French jurists to submit a brief to the Conseil d’Etat on the legal grounds for banning the burqa. Karen is also Co-Director of the Center for Constitutional Jurisprudence. In this role, she directs the Center’s litigation in support of constitutional issues. She has submitted amicus briefs to the US Supreme Court on such issues as Healthcare Reform, Arizona’s Border Security, Gay Marriage, The Ten Commandments, Christian Clubs on University Campuses, and Material Support to Terrorists. She is a visiting professor at Chapman Law School and co-teaches the advanced Constitutional Law Clinic. Karen is president of the Orange County Federalist Society lawyer chapter and sits on the Federalist Society International Law Executive Committee. She is also on the board of advisors for Trinity Law School in Orange County, CA and an advisor to UK Baroness Caroline Cox’s HART US. Karen is a regular guest on the Orange County PBS local issues debate program, Inside OC, and she is a frequent contributor to RedCounty.com, FlashReport, and contributing editor to Family Security Matters. She has been interviewed by dozens of radio hosts on the matter of sharia law. Ms. Lugo is an appointee to the California Advisory Committee to the US Commission on Civil Rights.