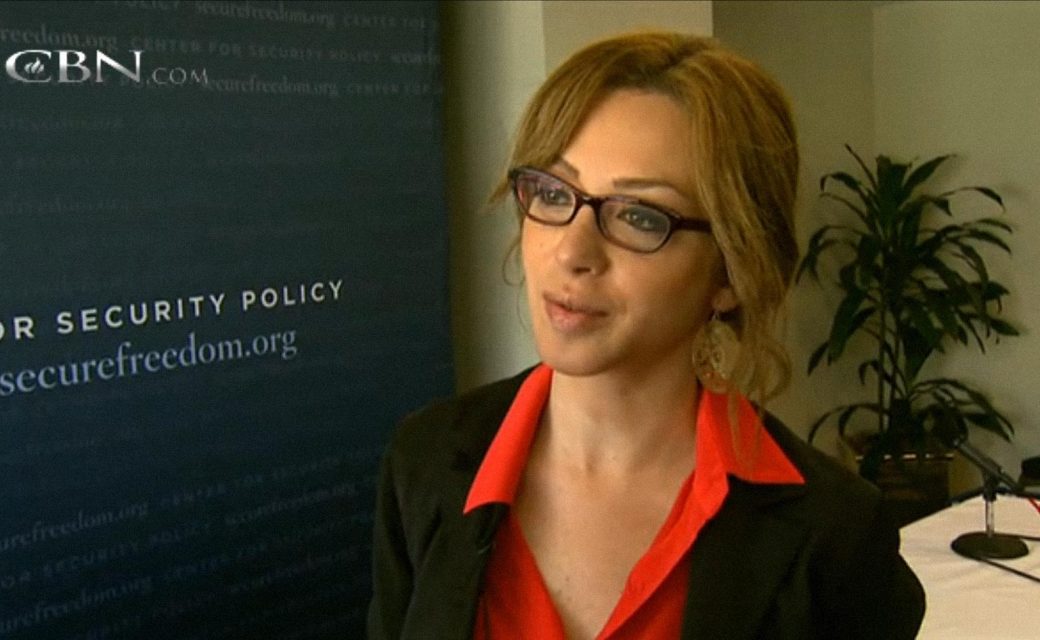 My interview with CBN News

WASHINGTON — There’s growing concern thatSharia law is creeping into America, with some U.S. judges even citing Islamic law in their rulings.

Activists are now working to shine light on what they call Sharia’s war on women.

A vast coalition met in Washington, D.C., Thursday, to warn women of the threat Islamic law would pose to their rights if enacted in the U.S.

“Sharia takes an entirely different approach to their rights than would the American Constitution or the Declaration of Independence,” explained Karen Lugo, assistant director of the Center for Constitutional Jurisprudence.

“I’m almost here in America on exile for standing up for basic human rights and basic values under Sharia law,” she said. “I lived under Sharia law all my life. I just came to America six months ago.”

From her experience, Farahat summed up Sharia’s treatment of women as “oppressive” and “violent.”

Farahat is a writer and helps with efforts by the Center for Security Policy, the group behind Thursday’s panel discussion in Washington.

Participants want America’s women to understand the stifling effect Sharia law would have on their unalienable rights of life, liberty, and the pursuit of happiness.

“The women living in Sharia are often in polygamous marriages, often in marriages where they do not have freedom to pursue their education or pursue a career if that should interest them,” Lugo said.

The panelists also noted that Islam is far more than just a religion, and the Koran commands the whole world must come under Sharia law.

“They say Islam is religion and state,” Farahat said.

“It encompasses every aspect of one’s life,” Lugo added.

Sharia insists women have guardians, and some Islamic countries view them legally as perpetual minors, never as adults.

Sharia law also allows husbands to divorce their wives at any time, without reason.