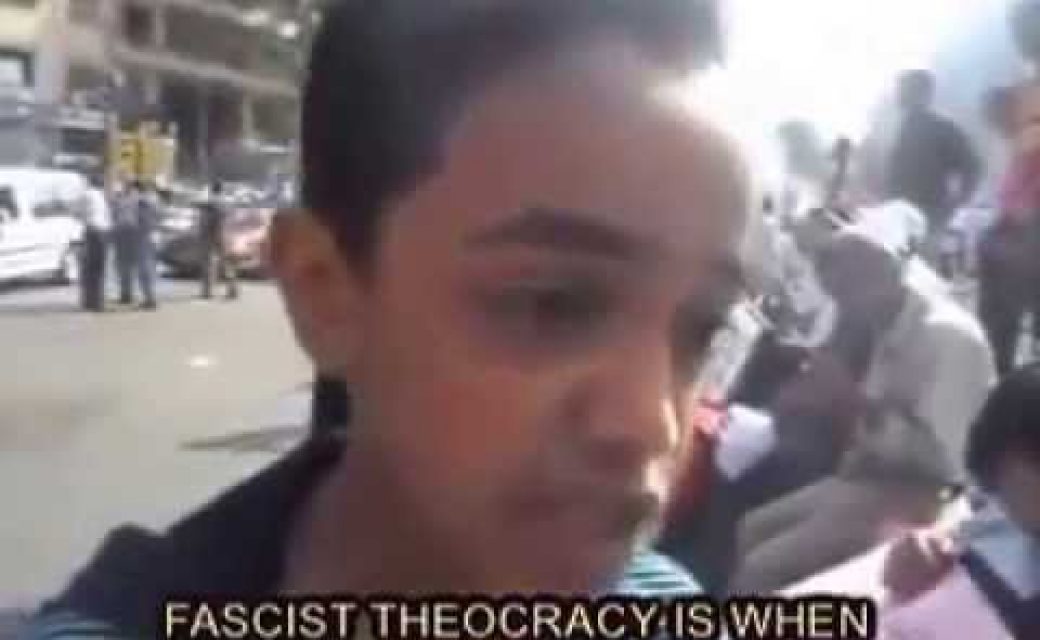 This is a MUST WATCH video of a The Brilliant Egyptian 12-year-old Boy, Ali Ahmed  as he explains why he is protesting in Tahrir Square against Mohammed Morsi and the Muslim Brotherhood. The young gentleman is articulating the basis of a free constitutional republic that Egypt demands as opposed to “a military regime” or a “fascist theocracy” based on Shariah Law and it’s assault on women’s rights.

The bad news is, we can’t lower in the age of presidential candidacy in Egypt to twelve; the good news is that I personally saw thousands of Ali Ahmeds in Tahrir Square in 2011 of every age, race religion and gender.

And now Ali represents the 33 million Egyptians that took the streets to overthrow Mohammed Morsi and his international terrorist organization. Ali discusses the political, social and economic demands of Egyptians better than most mainstream media, political analysts, and policy makers worldwide!