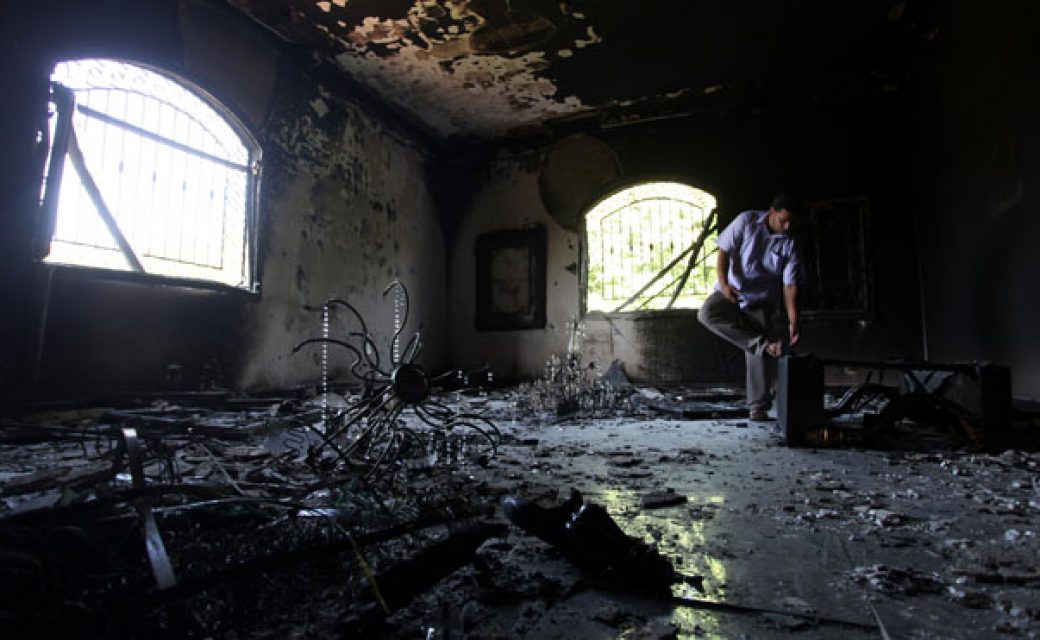 By Cynthia Farahat Published on Fox News on August 12, 2013

, a prominent Egyptian television personality on the Tahrir TV channel as well as a former officer in Egyptian State Security Intelligence (SSI), went public on July 30 with a remarkable piece of information.

, addressing U.S. ambassador Anne Patterson (in absentia) on his show:

The assassin is now present at Rabia Al-Adawiya [mosque protest] His name is, do you know it or you would like me to inform you? He’s affiliated with Al Qaeda in Libya, his name is Mohsen Al-Azazi, his passport was found in the house of Khairat El-Shater.

In the course of this statement, Moussa announced three facts:

2. Azizi associates with Mohammed El-Beltagy, the general secretary of the Muslim Brotherhood’s Freedom and Justice Party (FJP) and with Safwat Hegazy, a leading MB cleric.

3. The police found Azizi’s passport in the house of leading MB strategist Khairat El-Shater, presumbably when Shater was arrested on July 5.

If true, this is sensational news, for it directly ties the MB to anti-American terrorism and repudiates the Obama administration policy of trying to work with the MB. It also further confirms that the MB is a terrorist organization.

It might explain why the Obama administration is mediating

in talks with Egypt’s interim government for a “reconciliation process” that would permit a safe exist for Morsi and other MB leaders outside Egypt without a trial that likely would disclose more embarrassing details about Benghazi.

But is the news that Moussa announced true? Several indications point to its veracity.

First, Moussa is a well-regarded source who often interviews intelligence agents and high-ranking military personnel on his show and is renowned for breaking intelligence-related news.

In March, for example, he broke the news that Egyptian intelligence stopped sending Mohammed Morsi written briefings and limited its reports to verbal communication, a reflection of its fear that his affiliation to an international Islamist organization (with over seventy branches worldwide) would compromise the information. As well as revealing

some of the details of the meeting that took place on 30 July between Morsi and Catherine Ashton, British Labour politician and diplomat.

Second, as I reported in March, in a video shot during the terrorist attack on the U.S. mission in Benghazi, Egyptian jihadists approaching the U.S. installations said in Egyptian colloquial Arabic, “Don’t shoot, Dr. Morsi sent us

Moussa further went on to say, still addressing Patterson on this TV show:

Ask the Muslim Brotherhood to hand Azizi to U.S. authorities. — And of course they will not, as he is there to wage terrorist attacks against Egyptian citizens, as he hides there in the protection in Rabia, among killers with massive amounts of weapons … Why doesn’t the MB, which you often praise, hand him to you?

That question has yet to be answered by either Amb. Patterson, President Obama or the U.S. government.