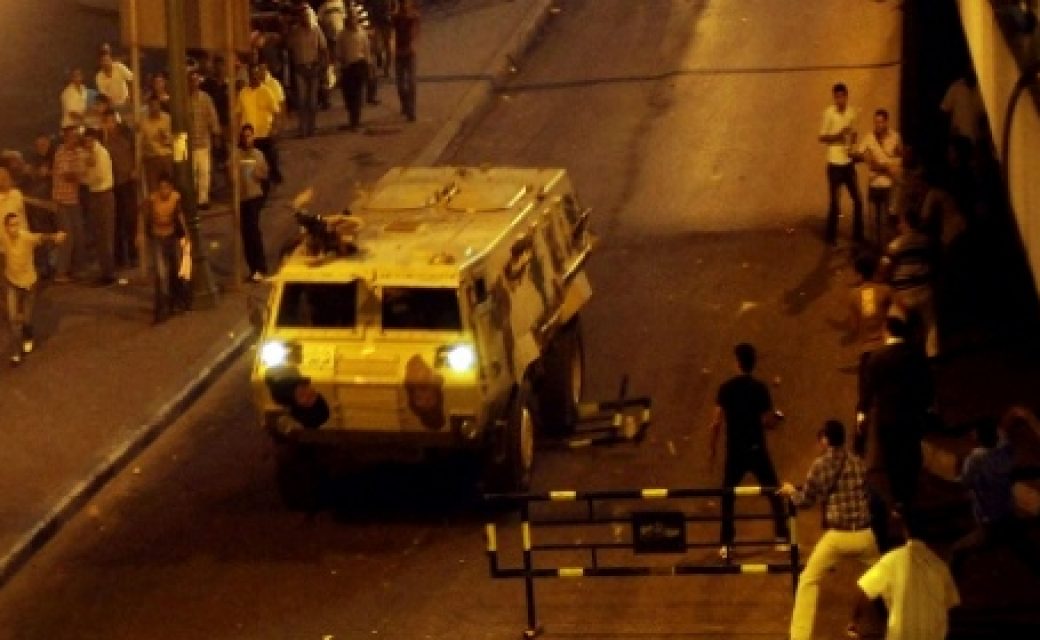 This is one of the reasons why I supported president-elect Donald Trump. If Hillary Clinton was elected, the genocide against Christians in the Middle East would have escalated. As Secretary of State, Clinton supported the Muslim Brotherhood’s (MB) rise to power in Egypt, after learning they planned to murder Coptic Christians. An email chain released by WikiLeaks confirms that Clinton was aware of a conspiracy between the MB and the former head of the Egypt’s Supreme Council of Armed Forces (SCAF), Field Marshal Mohamed Hussein Tantawi to besiege, attack and kill Egyptian Coptic Christians.

According to Blumenthal’s sources, SCAF and the Brotherhood admit to their role in the October 9, 2011 massacre against Coptic Christians, where 28 people were killed for peacefully protesting against religious persecution.  The massacre took place in front of the Maspero building, the headquarters of the Egyptian Radio and Television Union. This State-run media outlet routinely incited its audience to engage in violence against Christians, Atheists, Jews, Bahai’s, and pretty much everyone who isn’t a Sunni Muslim.

In the email, Blumenthal stated, “according to knowledgeable individuals, Badie [Supreme Guide of the MB] and the other leaders of the MB are also extremely concerned over the growing violence in Cairo. They note that during recent attacks against the Coptic Christian community in Egypt, the MB and the SCAF worked discreetly to ensure that the military and security forces did not intervene forcefully to protect the Copts as they were besieged by Islamist groups”.

Blumenthal later continued, saying, “In this discussion Subhi Saleh, a lawyer and former Member of Parliament, who served as the MB delegate to the March 2011 constitutional commission, pointed out that discussions between the MB and the SCAF regarding the Copts had been relatively simple, because both sides were not concerned about the fate of the Coptic Christian community.”

Following the massacre, President Barak Obama issued an obscene statement asking “all sides to restrain themselves.” Obama shares the Brotherhood’s contempt towards Coptic Christians, which was very apparent when he attempted to blame the Benghazi terrorist attack, on a Coptic Christian. Hillary Clinton also shares the Brotherhood’s position on Christians in Egypt. After Clinton received information about the plan to target Christians, Hilary continuously supported and praised the Brotherhood’s seizure of power saying, “We stand behind Egypt’s transition to democracy. This is not only the right thing to do. It is in our interest as well.’’

After Hillary received the details of the conspiracy, more Christians were brutally murdered and displaced; more than 161 Christians buildings were attacked; and 73 churches were burned or vandalized. One unprecedented attack, perpetrated by both Egyptian security forces and the MB, was against Cairo’s St. Mark’s Cathedral. In that April 2013 attack, mourning Christians gathered for the funeral of four Christians killed by rioting Muslim militants in Al Kosous village, in April 2013.

In the leaked email, Blumenthal wrote that his sources in police and military intelligence indicated that the demonstrations will continue “even in the face of deadly force.” Blumenthal continued, writing, “Tantawi has informed the MB leadership that the Army and security forces will use increasingly aggressive measures to counter the demonstrators.” This is a clear admission that the military under SCAF, was involved in killing protesters.

Blumenthal’s sources also confirmed that the Muslim Brotherhood was funded and supported by SCAF. This is another indication that the so-called elections were rigged on behalf of the Brotherhood, which was what Dr. Pipes and I stated at the time.

Hillary was given intelligence that the Muslim Brotherhood and the head of SCAF claimed responsibility for political murders and that they intended to continue killing innocent civilians. After having this knowledge, she continued to support the Brotherhood and SCAF, with money, political acceptance and weaponry. This borders on making her a co-conspirator in the crimes committed after she had received the information. In U.S. law, if someone is aware that a crime is going to be committed, and they facilitate, aid or abet, or support that future crime in anyway, they have engaged in criminal conspiracy.

There is a mainstream contempt towards Clinton in the Middle East and Egypt, as she is viewed as a facilitator to the Brotherhood’s crimes and terrorism in Egypt. In July 2012, Egyptian protesters greeted Hillary’s visit to Egypt, by hurling tomatoes at her, while screaming, “Monica, Monica,” for her support of the Brotherhood’s terrorism.