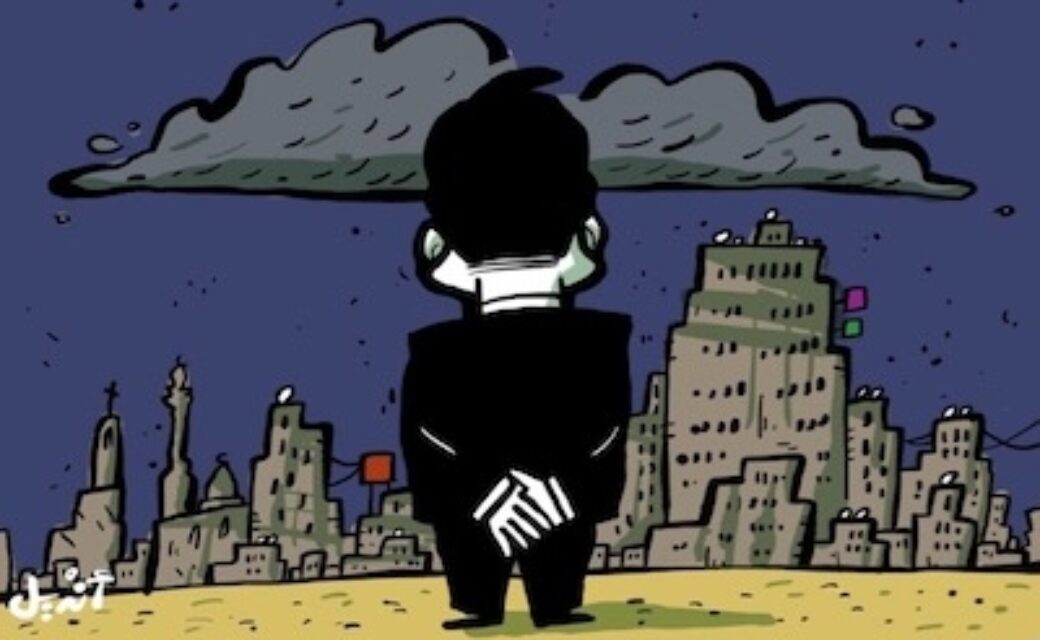 Egypt is embroiled in a war of ideas as Egyptian President Abdel Fattah al-Sisi resists Islamists in a struggle for the future of Egypt and the Middle East. Currently, there are historic reforms taking place in the United Arab Emirates, Sudan, Bahrain, Morocco, Saudi Arabia, and Egypt. But the path to ideological and religious reform has been most difficult in Egypt.

President Sisi has achieved numerous political, cultural, and economic reforms. In infrastructure and urban development alone, he has implemented 11 thousand projects. Sisi has transformed his government and become Egypt’s most moderate president. For example, for the first time in Egypt’s history, Sisi appointed a Coptic Christian, Judge Boules Fahmy, to head the Supreme Constitutional Court. Most Egyptian Muslims have supported this extraordinary precedent, but a faction of Islamists in the government has aggressively resisted reformation.

Egypt’s largest Islamic institution, al-Azhar University in Cairo, has engaged Sisi in a cold war. Fundamentalists in the university have retaliated against him by targeting intellectuals and reformers who share his vision. For decades, Egypt’s draconian blasphemy law has been al-Azhar’s weapon used to initiate Islamic inquisition tribunals in Egypt’s courts. Since 1981, Egypt has persecuted and prosecuted dissidents and intellectuals for blasphemy, and al-Azhar has targeted them with assassination fatwas.

This terror-indoctrinating institution and its affiliated madrassas receive over twenty billion Egyptian pounds (over $1.2 billion) in annual government funding. For decades, the institution has advocated for heinous crimes and psychosexual disorders and systemically militarized Islam.

For example, al-Azhar’s celebrity sheikh, Abdallah Rushdy, has been a strong advocate for slavery. Rushdy said, “slavery is not a crime. We don’t agree [with seculars] that slavery is a crime nor that it’s bad… why do atheists attempt to force us to agree with them that slavery is a crime? We [al-Azhar scholars] disagree and we believe that there are often advantages to slavery.”

In 2020, Rushdy also advocated for the fundamentalist theology known as sabi,which legitimizes the kidnapping, sex trafficking, and rape of non-Muslim women. Rushdy doesn’t define sexual intercourse with a sex slave as “rape” when it’s perpetrated by an Islamist against a non-Muslim female. He said that the relationship between the “master and his slave” resembles a “love affair” that sometimes even ended in “marriage” in Islamic history. Rushdy also advocated for the random sexual assault of women who don’t observe Islamic dress codes.

Al-Azhar even encourages pedophilia by theologically permitting men to marry underage girls. Moreover, in 2017, al-Azhar scholar and professor Sabri Abdul Raouf, issued a religious edict titled, mudaga’at al-wada’ (farewell coitus) which permits a husband to have sexual intercourse with his wife one final time after her death. That edict was later condemned by al-Azhar after it created controversy across the Middle East.

Other crimes propagated by al-Azhar include legitimizing cannibalism, maiming infidels, and torturing “bad Muslims” to death. Some of the most brutal terrorists in history received their jihadist indoctrination at al-Azhar. This author’s upcoming book, The Secret Apparatus: The Muslim Brotherhood’s Industry of Death, provides evidence suggesting al-Qaeda was most probably founded at al-Azhar University in 1971, and not the mid-1980s in Afghanistan, as is commonly believed.

President Sisi has been trying to peacefully combat these radical ideas for years. Despite his many historic reforms, Sisi has yet to take firm action against al-Azhar. The university poses a security threat through its hundreds of thousands of students and their Muslim Brotherhood allies ensconced in the vital government organs. While Sisi has delayed a direct confrontation with al-Azhar, at some point he must slash its funding and remove its leadership’s prosecutorial immunity.

During the past few years, al-Azhar has engaged in a proxy warfare with Sisi by targeting those who adhere to his moderate Islamic philosophy. These victims included Muslim scholars such as Mohammed Abdallah Nasr, intellectuals such as attorney Ahmed Abdu Maher, reformers and public figures such as Islam Behery, and Ibrahim Issa. Islamists have even publicly contacted Abdallah Rushdy to seek his advice about murdering Ibrahim Issa and Islam Behery.

A dark event in Western history was the Catholic church’s Inquisitions, during which the church punished heresy to counter dissent. While that tyrannical practice has long vanished in the West, blasphemy is prosecuted with impunity in Islamic-majority countries.

The result of Egypt’s war against radical Islam will have profound implications for the Middle East and the world. The response in the West is critical, yet Sisi has been criticized and Islamists supported. This must change.

There is an ideological war underway in the Middle East and Western leaders need to make a choice to join Muslim reformers across the Middle East or jihadist inquisitors of the Muslim Brotherhood and their ilk. Hiding behind nuanced positions is blatant cowardice.

Cynthia Farahat is a Fellow at the Middle East Forum and author of The Secret Apparatus: The Muslim Brotherhood’s Industry of Death.