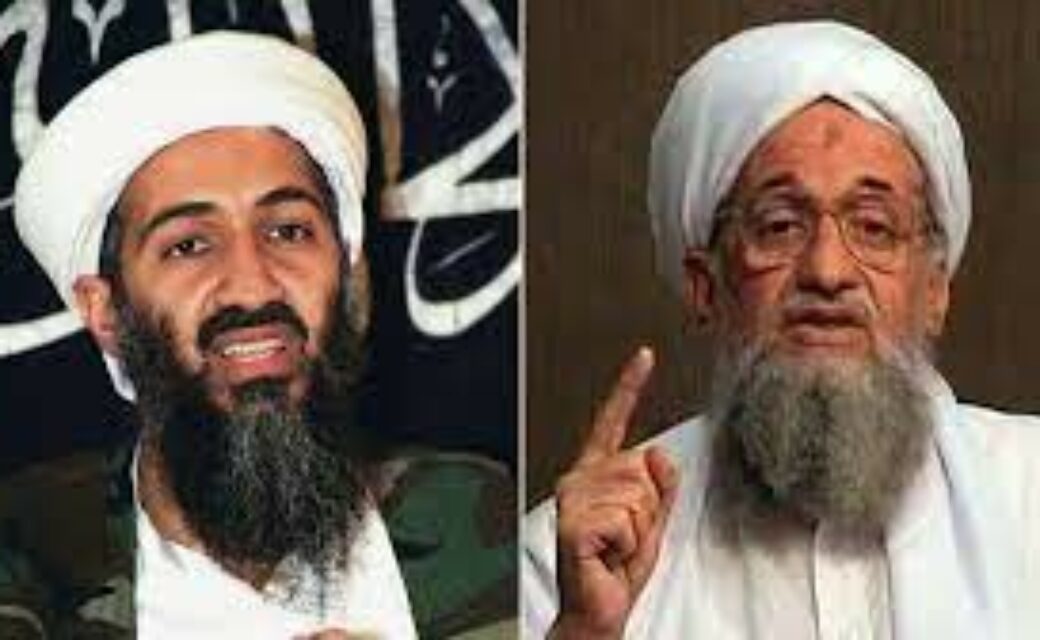 While absolutely necessary, the U.S. assassination of al-Qaida’s leader Ayman al-Zawahiri will no doubt only contribute further to the resurgence of al-Qaida and Islamic State (IS), rather than weaken them. These groups will likely coalesce into one entity under the leadership of the Taliban.

In the absence of a comprehensive strategy to counter the ideological source of these factions, the names will simply continue to change as their brutality evolves.

The current policy towards Afghanistan clears a path to another 9/11-style terrorist attack. Twenty years of ineffective counterterrorism policies culminated in the botched withdrawal from Afghanistan in 2021, but the Taliban’s renewed safe haven for jihadis is not the primary problem. The source that nourishes the world’s radical Islamic theology is the Muslim Brotherhood, which operates under different terrorist banners and uses Al-Azhar University in Cairo to provide cover for radicalization.

Afghanistan is now the command and control center for jihadism under the violent leadership of the Taliban. A recent United Nations intelligence report stated, “The international context is favorable to al-Qaeda, which intends to be recognized again as the leader of global jihad.”

The Taliban are the official public leadership of al-Qaida after al-Zawahiri officially pledged allegiance to the Taliban on more than one occasion. This oath will almost certainly be renewed with the next head of al-Qaida.

Assistant Attorney General Matthew G. Olsen recently expressed concern about the “growing threat” of international terror groups. During his address at the George Washington University Program on Extremism Symposium, Olsen stated, “this is among the most challenging and complex threat landscapes that I have seen in over 20 years working in counterterrorism.”

He subsequently argued that “the insular and often rapid nature of their radicalization and mobilization to violence” increases the difficulty of countering these organizations. This increased difficulty applies only to those who ignore the fact that these jihadist groups conceal their operational discourses in Islamic terminology, religious edicts and sermons, most of which are obscure to Westerners like Olsen.

If you know where to look, it is not too challenging. In my upcoming book, “The Secret Apparatus: The Muslim Brotherhood’s Industry of Death,” I uncover how jihadists groups groups conceal their operational discourses in religious terminology.

Groups such as al-Qaida, ISIS, Boko Haram, and the Taliban, are an actualization of a long ideological program of the Muslim Brotherhood controlled, al-Azhar University in Cairo. While al-Azhar is often glorified as “a widely respected and leading institutional authority on moderate Islamic thought,” it is, in fact, the center for radical ideology.

For starters, Al-Azhar’s dawam al-jihad (permanence of jihad) philosophy is the umbrella ideology cloaking terror groups’ doctrine of jihadism, which the Egyptian President Abdel-Fattah al-Sisi criticized during one of his speeches in 2018. Al-Azhar University provides jihadists with ideological authority and religious immunity by legitimizing their jihadist manifestos as PhD dissertations and master’s degree theses.

Its most notable terrorist and Godfather of modern jihad, Omar Abdul Rahman (1938 – 2017), also known as the Blind Sheikh, is the embodiment of this strategy. In 1971, he was awarded his PhD dissertation from al-Azhar University where he explicitly stated the need for groups like al-Qaida, al-Gama’a al-Islamiya, and even ISIS. Rahman mentioned them all by name and extensively discussed their funding, guerilla warfare tactics, espionage, methodology of recruitment and organizational expansion.

His dissertation likely served as the founding document for these Islamist terrorist organizations. Among countless other jihadists and convicted terrorists who received their theological indoctrination at al-Azhar are the founders of al-Qaida and Boko Haram, Abdallah Azzam and Abubakar Shekau, respectively.

The second most important tool of al-Azhar’s ideological link to terrorist groups is done through issuing assassination fatwas(religious edicts). These include an open order to torture and murder all non-Muslims, as well as utilizing fatwas to excommunicate moderate Muslims deeming them infidels who should be murdered. This is essentially contract killing.

The most recent example of this is the targeting of moderate Muslim author and commentator Ibrahim Issa. Last February al-Azhar scholar Ahmed Karima issued a fatwa excommunicating Issa from Islam over a minor religious disagreement. This resulted in al-Qaida reciprocating by ordering Issa’s assassination.

While most experts focus on the logistical aspects of terrorism operations they should also concentrate on the damaging theological support for these groups — al-Azhar University and their Muslim Brotherhood handlers – who are responsible for founding the vast majority of Sunni terrorist groups. Otherwise, the assassination of al-Zawahiri and similarly, Israel’s takedown of the top brass of the Palestinian Islamic Jihad (an off-shoot of Muslim Brotherhood), will simply be an exercise in futility.

Cynthia Farahat is a fellow at the Middle East Forum and author of The Secret Apparatus: The Muslim Brotherhood’s Industry of Death, forthcoming in September 2022 from Bombardier Books.