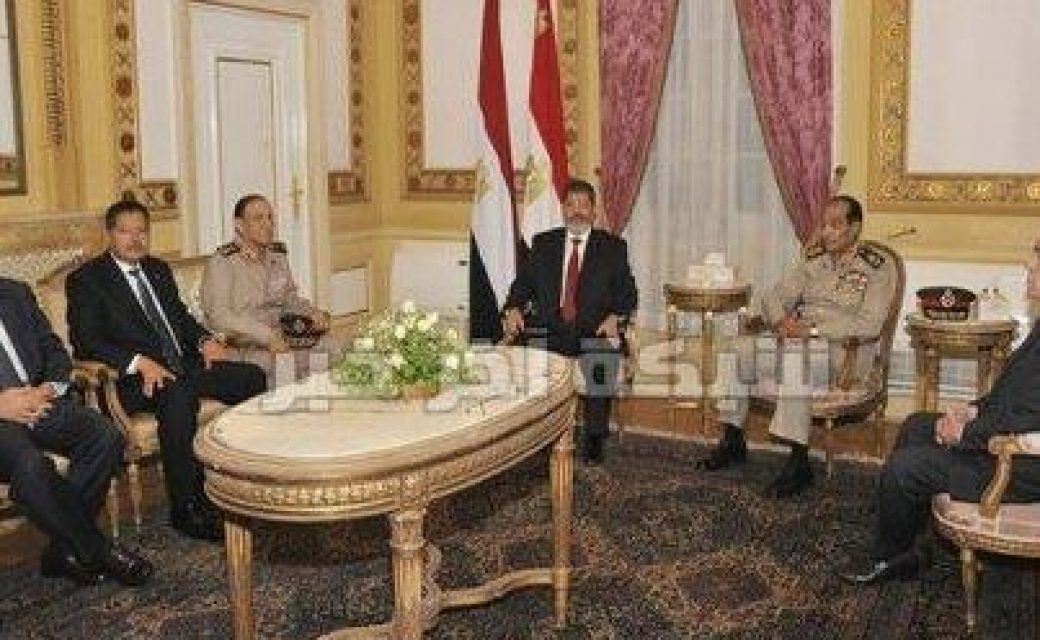 What does it mean that Mohammed Morsi is the president of Egypt? The American consensus is that Egypt has been lost. However, the election was not just symbolic, but illusory. Egypt’s future remains very much in play.

Mr. Morsi is not the most powerful politician in Egypt or the commander in chief. Arguably, he does not even run the Muslim Brotherhood. His job is undefined. The military could brush him aside. For the first time since 1954, Egypt’s president is a secondary figure, assigned the functionary role long associated with its prime ministers.

Mohamed Tantawi is the real ruler of Egypt. Chairman of the Supreme Council of the Armed Forces (SCAF), field marshal and minister of defense, he serves not only as the commander in chief but also as effective head of all three of Egypt’s governmental branches. Mr. Tantawi is an autocrat with near-absolute powers. As chief representative of the military junta that has been ruling Egypt since February 2011, he sees his mission being to extend the junta’s rule indefinitely into the future, thereby assuring officers their perquisites and privileges.

SCAF exploits the Muslim Brotherhood and other proxies as its civilian fronts, a role they are happy to play, by permitting Islamists to garner an outsized percentage of the parliamentary vote, then to win the presidency. During the suspicious weeklong delay before the presidential votes were announced, SCAF met with the Muslim Brotherhood’s real leader, Khairat El-Shater, and reached a deal whereby Mr. Morsi became president but SCAF still governs.

To understand SCAF’s power, note three actions it took in conjunction with the presidential elections:

Imposition of martial law: On June 13, the justice minister authorized the General Intelligence Services and military police to arrest civilians at will and incarcerate them for six months if they express any form of written or artistic opposition against SCAF, the police or their Islamist proxies. Protesting those same institutions on the streets can lead to life in prison.

Dissolution of parliament: On the grounds that the parliamentary elections of November 2011 to January 2012 breached the constitution (which prohibits party candidates to run for “individual” seats) the Supreme Administrative Court ruled them invalid in February 2012. On June 14, the SCAF-controlled Supreme Constitutional Court confirmed this decision and dissolved parliament. In retrospect, it appears thatSCAF, which oversaw those elections, intentionally allowed Islamists to break the law so as to have an excuse to dissolve Egypt’s fraudulent parliament at will.

Establish the premise for martial law: SCAF issued a constitutional declaration on June 17 that formalized its intention to prolong the military’s 60-year-old rule. Article 53/2 states that in the face of internal unrest, “the president can issue a decision to direct the armed forces – with the approval of SCAF – to maintain security and defend public properties.” The basis for a complete military takeover could hardly be asserted more baldly; Mr. Morsi’s plan to reconvene the dissolved parliament could justify such an action.

Ziad Abdel Tawab of the Cairo Institute for Human Rights Studies calls the dissolution of parliament a “blatant military coup.” OneEgyptian newspaper called Mr. Morsi “president without powers,” while an Islamist compared him to Queen Elizabeth II of Britain.

SCAF is struggling to perpetuate the status quo, whereby the officer corps enjoys the good life and the rest of the country serves its needs. Making Mr. Morsi the apparent president of Egypt cleverly saddles him with responsibility as the country’s economic problems worsen. ButSCAF’s tricks run great dangers and could backfire, for a population fed up with tyranny and backwardness finds itself with more of the same. The next explosion could make the uprising of early 2011 look tame.

Daniel Pipes is president of the Middle East Forum and Taube fellow at the Hoover Institution. Cynthia Farahat, a fellow at the Forum, also works at the Center for Security Policy and Coptic Solidarity