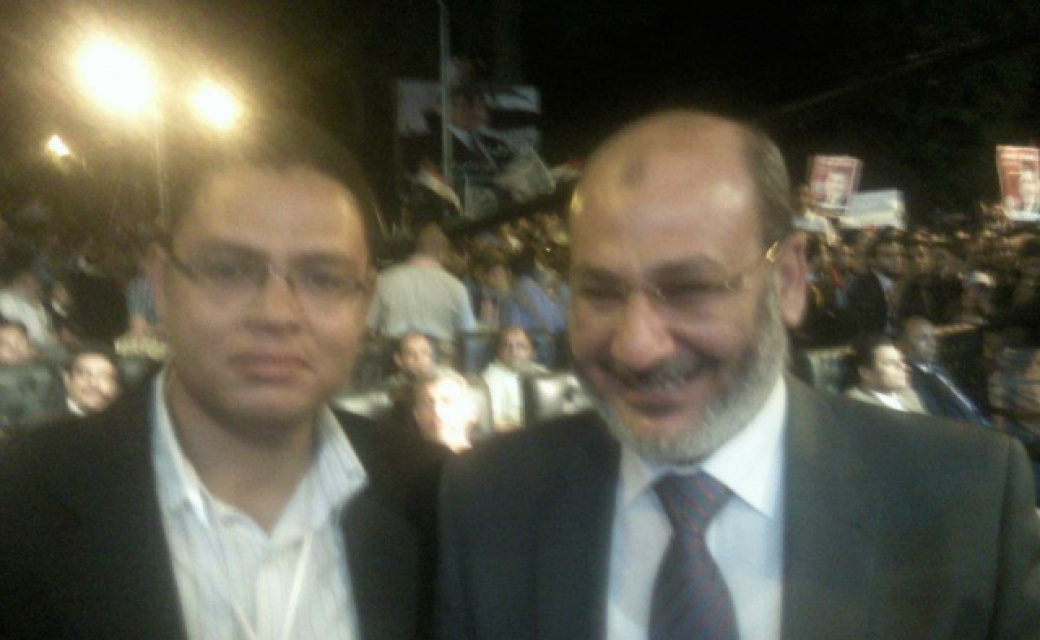 Published in American Thinker, May 7 2017

On April 5, U.S. Immigration and Customs Enforcement (ICE) detained Ahmed Abdel Basit Mohamed for “administrative immigration violations.”  This was not the first time Basit had been charged.  In 2016, an Egyptian court sentenced Basit to death in absentia for his and seven others’ role in several terrorist attacks.  His conviction was part of one of the largest Muslim Brotherhood terrorism trials in Egypt, known as the Case of the Progressive Operations Committee (POC).

The Huffington Post, Al Jazeera, and several other media outlets have framed Basit’s arrest as a human rights case, claiming that Basit was “condemned over pro-democracy protests in Egypt.”  The truth is that Basit was convicted of terrorism in Egypt after organizing a deadly riot.  Few people would consider such violence a “pro-democracy protest.”

Egyptian investigators claim that Basit played a key role in the POC’s terrorism activities.  According to Shorouk News, the Egyptian government accused Basit of using Muslim Brotherhood funds for the purchase of arms, ammunition, and bomb-making equipment, as well as facilitating the travel of members of the POC terrorist cell to Turkey and Syria to receive jihadist training.  This training reportedly included firearms training and lessons in the manufacture of bombs and improvised explosive devices, under the supervision of the Aknaf Bait al-Maqdis terror group.

The Egyptian government’s claims regarding Basit’s terrorist activities are credible.  Basit has called for a “resounding jihad” against Egyptian government employees, whom he described as “dirty damned infidels.”  He is also connected to Safwat Hegazy, a Muslim Brotherhood torturer and a leader in the Jama’a al-Islamiyya terror group.

In an August 16, 2015 Facebook post, Basit admitted to involvement with violent riots in 2013, which led to the death of 210 people and the injury of 296 others in downtown Cairo.  The protests started at the al-Fateh Mosque, from where rioters marched to a bridge and reportedly fired automatic guns at civilians and police officers.

In the same Facebook post, Basit praised a gunman at the riot: “Due to Allah’s blessing and generosity, an armed man appeared from the end of the bridge; seeking God, the man started shooting at thugs.”

In addition, Basit has confirmed the Egyptian government’s claims that he is involved with the POC terrorist group.  A few days before his arrest by ICE agents, Basit reprimanded leaders of the Muslim Brotherhood for having hosted an event in Turkey without inviting “the Kamal group.”  This is a reference to the faction formerly led by the late POC leader Mohammed Kamal, the terrorist with whom Egypt convicted Basit of conspiring.

Before learning of the U.S. court’s decision about his asylum case, Basit removed numerous radical and jihadist posts and confessions from his public Facebook account.  But this last-minute attempt to sanitize his reputation did not help.  Basit’s asylum’s case was rejected, and ICE agents arrested him outside his home.

Since he filed for asylum to the U.S. in August 2016, Basit has also served as an immigration activist and advised Islamists about immigrating to the U.S.  He has also worked as an activist for a Brotherhood-affiliated group named Egyptian Americans for Freedom and Justice (EAFAJ), as well as a D.C. organization, the Alliance of Egyptian Americans, which presented him at congressional meetings as a victim of political persecution.  Currently, there are a petition and fundraising campaign established on his behalf.

Americans should refrain from providing moral and financial support to Basit.  While there are plenty of honorable Muslim immigrants who deserve the chance to start a new life in America, a convicted terrorist is certainly not one of them.  Basit is a national security threat to the United States, and he should be deported back to Egypt to face justice for his crimes.  Furthermore, law enforcement must investigate the terrorism links of his associates in the U.S., as well as an investigation into why the U.S. embassy in Qatar, where Basit traveled, reportedly decided to issue Basit a visa to enter the U.S.

Cynthia Farahat is an author and fellow at the Middle East Forum.