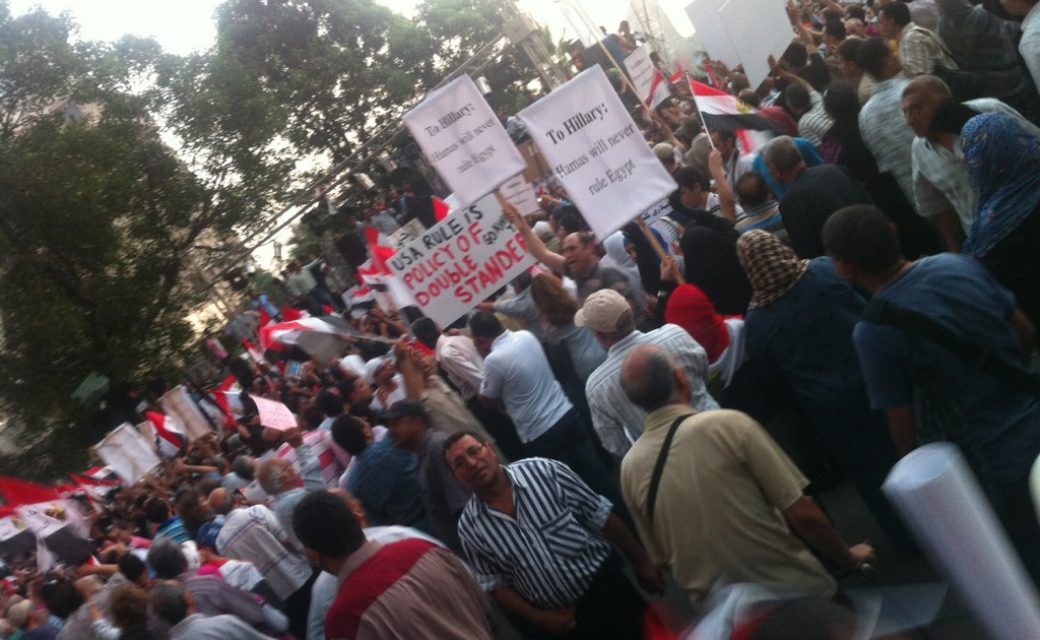 Hundreds of protestors have taken over El-Mahala’s city council and hanged the sign of the “National Rescue Council,” a non-governmental organization against the Muslim Brotherhood’s regime. The organization’s  representative, Mahmoud EL-Samouli, and a member of Egypt’s Youth Revolutionary Coalition announced gave a speech in front of the city council announcing the illegitimacy of Mohammed Morsi’s regime and the independence of the govornorate from the current regime, and the establishment of an intermedium committee to conduct the city’s affairs, formed of local political parties, and politicians.

The current dissent is against Morsi’s tyrannical decree and the current constitutional draft, the announcement was followed by the chants of protestors:

“We don’t want it an Islamic state, we want it a civil state.”

“No to the Muslim Brotherhood and Salafists, Egypt belongs to all Egyptians.”