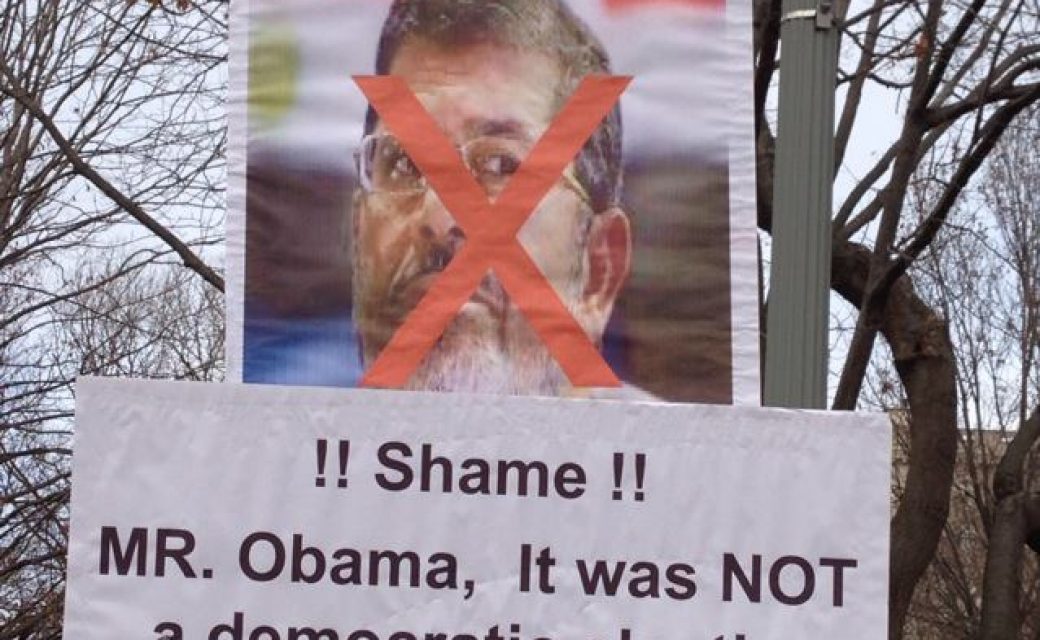 Today hundreds of American-Egyptians from all religions and ethnicities marched from the White House to the Egyptian embassy in protest against Mohammed Morsi’s tyrannical theocratic dictatorial constitution, and President Obama’s administration support, funding, and now according to the Washington Times, arming Islamists with “more battle tanks and jet fighters” from the United States, which will be used by the Muslim Brotherhood religious and autocratic tyranny to subvert millions of protestors representing the vast majority of Egyptians.

The protest was organized by The Egyptian Front for National Salvation and Coptic Solidarity to condemn the power grab and other illegitimate measures taken by Mohammad Morsi and his Muslim Brotherhood organization in Egypt.

The protest in DC had the same objectives as the protests in Egypt which are:

1. Annulment of the constitutional declaration of November 22nd

2. Cancellation of the referendum scheduled for December 15th, and discarding the subject Constitution Draft.

3. Disbanding the Constituent Assembly and forming a new one which truly represents all segments of the Egyptian society.

4. Strongly demanding a constitution in total accord with all international agreements and conventions which guarantees women rights, human rights and religious freedom to all citizens equally.