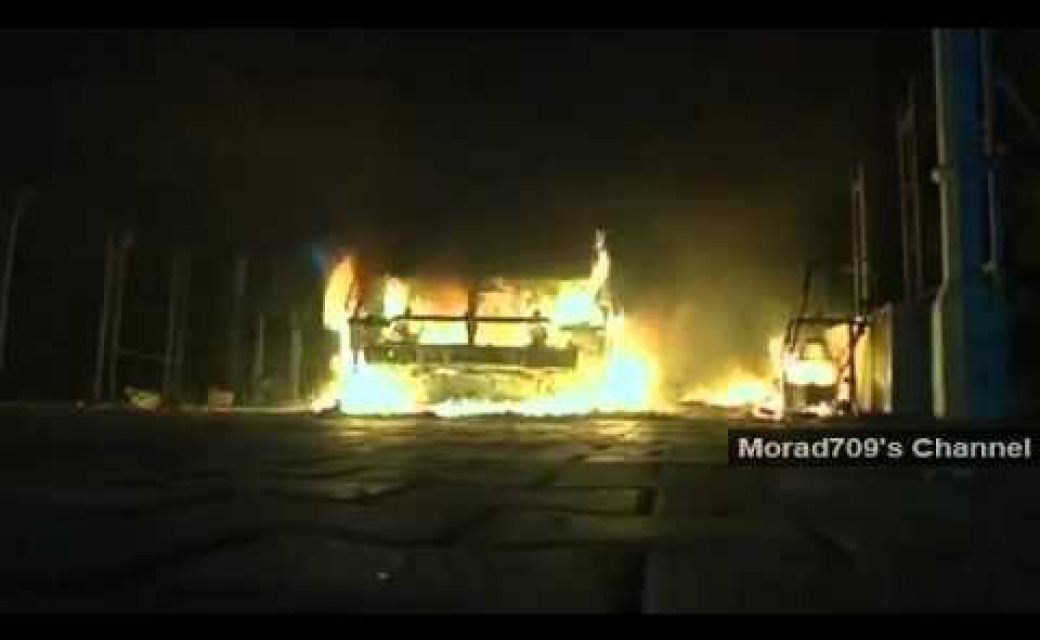 Published in Front Page Magazine  on May 31, 2013 By Cynthia Farahat

The terrorist attack in Benghazi is far more disturbing than previously thought. Although it has not been reported in the U.S. media, the possibility exists that the Egyptian government may have played an operational role in the attack. YouTube videos of the terrorist strike raise a serious problem that only an Arabic speaker would detect: some of the terrorists are speaking in the Egyptian dialect of the Arabic language.

Indeed, one of the videos shot with a cell phone of one of the attackers emerged around the time four Americans were killed. It shows a mob approaching the American compound under siege, clearly telling the terrorists in the dialect of Upper Egypt: “Mahadesh, mahadesh yermi, Dr. Morsi ba`atna” — which translates to: “Don’t shoot, don’t shoot, Dr. Morsi sent us.”

“Dr. Morsi” refers, of course, to president Mohamed Morsi of Egypt. The name Morsi is Egyptian and does not exist in any other Arabic speaking country.

The Egyptian regime’s connection to Benghazi also helps explain why it denied U.S. the ability to interrogate Abo Ahmed, an Egyptian suspect in the terrorist attack.

According to a Fox News report, Abo Ahmed had contacted Al-Qaeda leader Ayman Al-Zawahiri in late 2012, asking to establish a base in Libya “to take advantage of the conditions in Libya after the revolution in order to buy weapons and attract foreign fighters.”

Egyptian media demanded an explanation from the Egyptian regime on why Morsi’s name was mentioned by jihadists during the attack. This question went unanswered, and until now there has been no word of this issue in English-language media.

This incident fits a larger context: On the same day that the U.S. compound in Benghazi was attacked, so too was the U.S. Embassy in Cairo under attack, resulting in al-Qaeda flags flying above the embassy in the place of American flags. According to friends living two blocks away from the U.S. embassy, Egyptian security was withdrawn from protecting the embassy a month prior to the attack – a development without precedent.

Reports from numerous Egyptian dissidents at that time, which included prominent Egyptian dissident Wael Abbas on his twitter account, stated that the people surrounding the U.S. embassy in Cairo were not protestors but “regime-hired thugs.”

Anyone who has lived in Egypt knows that Egyptian citizens don’t have access to enter the neighborhood where the U.S. embassy is located without passing through at least two check points where they are required to show personal ID, state the reason for entering the neighborhood and provide proof of this purpose. I know because I personally had to do this numerous times for decades.

The Egypt connection might explain the curious statement by President Obama three days after the attack, when he said, “Egypt is not an ally.”

It should not come as a surprise that the Muslim Brotherhood (MB) would engage in attacks against the United States. The MB’s ideology incorporates war tactics and supports terrorism against the U.S. as one of its major objectives.

The current MB leadership isn’t ashamed of announcing its support for al-Qaeda and Osama Bin Laden’s attack against America. The MB member and Freedom and Justice Party (FJP) Vice Chairman Essam El-Erian stated in May 2011: “The assassination of the leader Osama Bin Laden doesn’t mean the end in the war against the enemies of Allah. The way he was killed reveals the ugly face of American civilization.”

Yet after El-Erian’s announcement of his support for Bin Laden, State Department officials welcomed him in December 2012 in the U.S..

According to the MB and Sunni doctrine, it’s only permissible for Islamist leaders to maintain a ten-year duration of hodna (Islamic truce) with an infidel nation. This raises the question of whether breaking the truce was the root of the Sep. 11, 2012 attack in Benghazi. That attack against America was, according to Islamist doctrine, the only way the MB would be allowed to renew a truce. The MB also might have possibly needed to legitimize their Islamic rule among their jihadist followers through exercising jihad.

The MB’s duality and hypocrisy remain major war tactics. While dealing with the U.S., Morsi himself practices deceit when he, for instance, calls President Obama a liar in Arabic, and a friend in English. The MB war is fueled and encouraged by the submissive and self-loathing suicidal foreign policy of the Obama administration, which elevates U.S. enemies above U.S. interests.