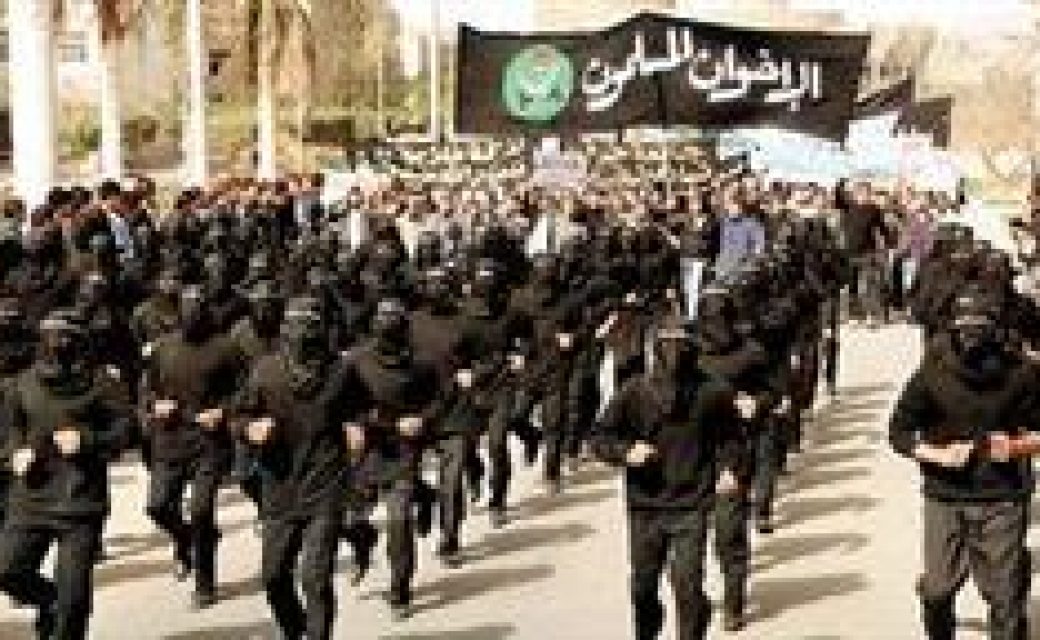 Al-Azhar University, the world’s largest Sunni Islamic educational institution, is where many of the world’s most brutal terrorists received their formal religious training. This is to be expected, given the nature of the material taught there. Al-Azhar has thousands of affiliated mosques, schools, learning centers, and universities around the world, such as the Islamic American University in Michigan. The institution has also been unofficially controlled by the Muslim Brotherhood for decades.

According to the most recent data released by the Egyptian government, there were 297,000 students studying at al-Azhar University in 2013 and 2014. In 2015, there were 39,000 foreign students studying at al-Azhar. These students are taught the theological legitimacy of cannibalizing infidels, gruesome ways to torture non-Muslims to death, and the importance of raping and humiliating non-Muslim women.  This explains why numerous Egyptian public figures and intellectuals have called for a terrorism investigation of al-Azhar University. For example, Egyptian historian, Sayyid Al-Qemany, called upon the Egyptian government to designate al-Azhar University as terrorist organization.

In 2015, El-Youm el-Sabi, an Egyptian newspaper, published an investigative report about the curriculum at al-Azhar University. According to the report, one of the books called, al-Iqn’a fi Hal Alfaz ibn Abi Shoga’a (Convincing arguments according to Abi Shoga’a), taught to al-Azhar’s high school students states, “Any Muslim, can kill an apostate and eat him, as well kill infidel warriors even if they are young or female and they can also be eaten, because they are not granted any protection.”  On the treatment of non-Muslims, the report quotes the same book as saying, “to preserve one’s self from the evil of an infidel, any Muslim can gouge their eyes out, or mutilate their hands and legs, or sever one arm and one leg.”

Even Muslims aren’t safe from al-Azhar’s teachings. According to the same the report, another book states, “Any Muslim is allowed to kill a fornicator, a warrior, or a [Muslim] who misses prayer, even without permission of the [ruling] Imam.”

This is expected given the fact that the Muslim Brotherhood dominates the organization. Not only does the Muslim Brotherhood use the university to recruit hundreds of thousands of students to adopt ISIS-style beliefs, the Brotherhood used the organization to train young people for combat. For example, In 2006, a video leaked from inside al-Azhar showed 50 masked young members of the Brotherhood in black uniforms, performing a military exercises in front of the head of al-Azhar University, resulting in a government investigation and arrests in what later became known as, “the case of al-Azhar militia.”

Thus, it shouldn’t come as a surprise that many of the world’s most brutal Islamists either worked for al-Azhar, or graduated it from it. For example, Boko Haram leader, Abubakar Shekau, is a graduate from al-Azhar.

Not only is al-Azhar involved in the spreading of the violent Sunni Wahhabi sect, the government funded institution uses Egyptian blasphemy law to imprison critics of its radical teachings, halting any hope for Islamic reformation. For example, the President of al-Azhar University recently declare that Muslim scholar Islam el-Behery, who was previously imprisoned in Egypt for blasphemy, “an apostate of Islam.” According to the al-Azhar’s Sunni theology, apostasy is punishable by death.

Al-Azhar is also responsible for the apostasy Fatwa that resulted in the murder of Egyptian secular figure Farag Fouda (1945-1992). After uproar in Egypt against the University for essentially placing a hit on Mr. Behery by calling him an apostate of Islam, it’s president was forced to resign, but the militant teachings remain untouched.

Al-Azhar was also responsible for the imprisonment of another very popular Muslim scholar, Sheikh Mohammed Abdallah Nasr, for adopting a non-theocratic modern interpretation of Islam, landing him an unprecedented 13-year prison sentence for blasphemy with hard labor. Incredibly, one of the formal charges in al-Azhar’s court case against Mr. Nasr, is that he criticized Khalid ibn el-Waleed (585 –642), a Muslim warrior and sacred Sunni figure for being a rapist and a cannibal. During a televised debate with radical al-Azhar University scholars, Mr. Nasr scrutinized el-Waleed, for decapitating a Muslim poet, Malik ibn Nuwayrah, cooking his head and eating from it, before raping Nuwayrah’s wife. Mr. Nasr’s criticism of the Muslim warrior and cannibal was among the official reasons for his conviction. Speaking to al-Azhar scholars Mr. Nasr said, “you wonder where terrorism is coming from? It’s from your religious heritage.”

Last month, China demanded from Egypt that it deport its students studying at al-Azhar.  While neither Egypt nor China gave a reason for the unusual procedure, the obvious reason could be that China is proactively attempting to protect itself from possible terrorist recruitment at the al-Azhar. Al-Azhar University is a global security threat. The western governments and their Egyptian counterpart should investigate al-Azhar University and its affiliated institutions for possible ties to terrorism. If President Abdel Fattah el-Sisi is serious about combating Islamic militancy, his government must immediately halt its funding of the university, and stop al-Azhar’s daily terror indoctrination of future potential Rahmans, Azzams and Shekaus.