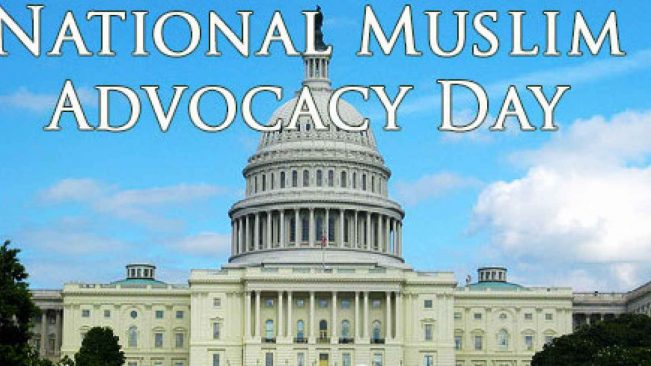 For the past three years, Islamists with ties to the Muslim Brotherhood and terrorist groups have come to Capitol Hill to lobby members of Congress on National Muslim Advocacy Day, an annual event organized by Council on American-Islamic Relations (CAIR) and the U.S. Council of Muslim Organizations (USCMO). At last year’s lobby day, according to the Muslim Advocacy Day website, almost 400 participants visited congressional offices.

I have now published a detailed report at the Middle East Forum that profiles the Islamist activists and officials involved with this lobbying effort, and who have previously met with members of Congress and their staffers. Some of these officials are directly linked to terrorists. Others have invited prominent Islamist extremists into American mosques: providing venues for them to spread their message of hate; funneling money to their networks; and using social media to publicize and encourage their activities.

Some examples of these prominent terror-linked Islamist leaders who have participated in Muslim Advocacy Day include:

Jammal is also the vice president of the Mosque Foundation in Bridgeview. In 2003, Jammal raised $50,000 at a Mosque Foundation prayer service for terrorist operative Sami al-Arian, the then-North American representative of Palestinian Islamic Jihad.

Under Jamaal’s leadership, in 2012, the Mosque Foundation hosted an official delegation of al-Jama’a al-Islamiyya (JI), the Lebanese branch of the Muslim Brotherhood. The delegation included JI officials who are in direct communication with Hamas and Iran’s Islamic Revolutionary Guards Corps (IRGC).

The Mosque Foundation has also invited Jordanian Islamist Amjad Qourshah to give sermons at its mosque. Qourshah was imprisoned in Jordan in 2016 for promoting jihadist propaganda. In his lectures, Qourshah has defended ISIS members as “decent men.”

2. Mazen Mokhtar is a USCMO board member, the executive director of the Muslim American Society (MAS), and an organizer of Muslim Advocacy Day. In August 2004, the U.S. government accused Mokhtar of fundraising for al-Qaeda. Mokhtar allegedly operated a mirror site of al-Qaeda’s www.azzam.com, which solicited funds and recruits for the Taliban, Al-Qaeda and Chechen terror groups. Mokhtar’s site was used as a backup for Azzam.com when it was shut down after 9/11. The website was also affiliated with a Chechen terror group – the Islamic Army of the Caucasus, and its field commander, Shamil Basayev, who masterminded the Beslan school massacre in Russia, during which 334 people—including 186 children—were murdered.

Mokhtar was arrested in 2007 and charged with tax fraud, which investigators hoped to use as an entry point for further terrorism charges. But in 2008, the then-US Attorney Chris Christie inexplicably dropped the charges without explanation. Today, Mokhtar continues to raise funds for Islamic Relief USA (IRUSA)—an organization accused of links to Hamas.

On his Facebook page, Almontaser spent several years regularly corresponding with Mohamed Sayed Taha, a self-described ISIS terrorist who is currently incarcerated in military prison in Egypt for trying to bomb the Police Academy in Cairo. Taha referred to Almontaser as “ustadhi”, which means “my mentor” or “my teacher” in Arabic. In return, Almontaser praised Taha’s jihadist ambitions.

Last April, the Egyptian newspaper Dostor published case documents relating to Egypt’s most famous ISIS case, known as “Qadiat Da‘ish al-Kubra,” (the Big ISIS Case). According to the documents, 170 convicted terrorists were arrested for various ISIS-related terrorist attacks and activities, including fighting in Syria and Sinai, and an attempt to bomb the Egyptian police academy. According to the article, Mohamed Sayed Taha’s name appears among those arrested in the “Beni Suef ISIS terrorist cell.”

These are just three examples of Islamists with connections to terrorist operatives who have been lobbying Congress under the guise of a Muslim Advocacy Day. Further examples are provided in my report.

Congressional offices must refuse all meetings with these Islamist organizations and operatives, pending a full investigation into these groups ties to extremism and terror.

Around the world, Muslim Brotherhood members have founded some of the most destructive Sunni terrorist groups. Today, the Brotherhood continues to be a wellspring of terrorism and extremism. Lawmakers meet with Islamists under the naive impression that these operatives and their extremism represent the views of ordinary American Muslims. Until the US acknowledges this reality and designates the Brotherhood as a terrorist organization, Washington will be unable to counter Islamist terror effectively and will continue to welcome extremists into the heart of our nation’s capital.

Cynthia Farahat is a Fellow of the Middle East Forum.