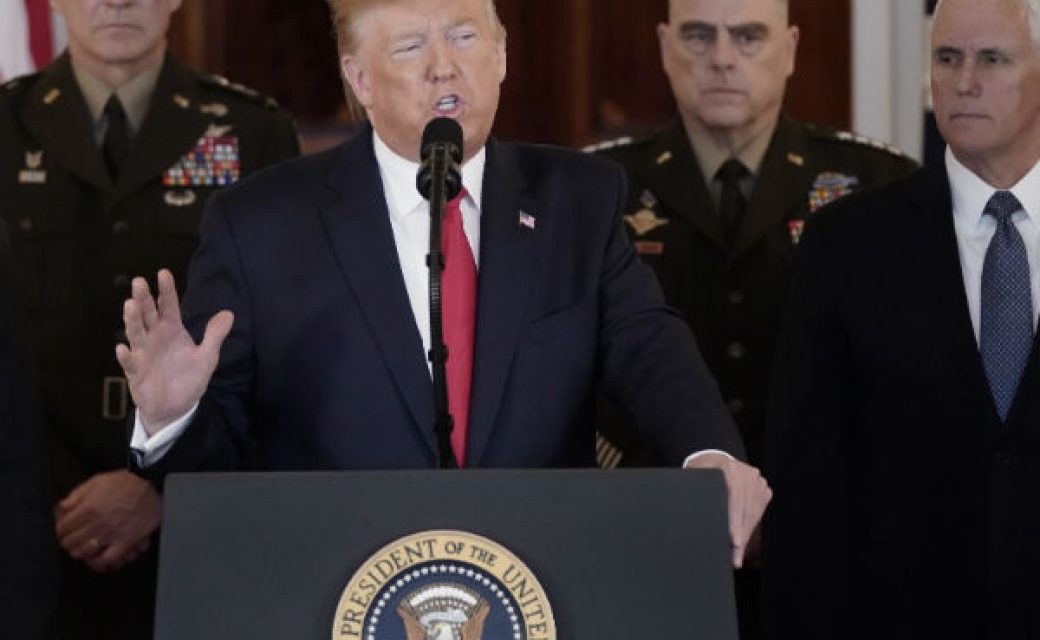 Even before the surprise Iranian airstrike Tuesday night on two Iraqi bases that are home to U.S. troops, several Middle East experts who spoke to Newsmax warned that every threat from Iran must be taken seriously.

Shortly after Iran’s state radio network offered $80 million on Monday to anyone who assassinates President Donald Trump, we asked Cynthia Farahat Higgins, associate fellow at the Middle East Forum, just how seriously Americans should take threats like this.

“These threats are very real and gravely serious,” she said. “The Iranian regime risks losing its leverage both nationally and internationally if it does not retaliate.”

Higgins pointed out that “this current regime operates like the Ismaili assassins. The word ‘assassin’ originates from cultist killers identical in their mode of operation to this regime. They are a wounded irrational monster. Nothing is beyond them.”

Higgins’ view was seconded by John Hannah, senior counselor at the Foundation for the Defense of Democracies and a  national security adviser to former Vice President Dick Cheney.

“I think it’s always wise to take seriously the threats of a mass murdering revolutionary regime that already has lots of American blood on its hands, he said, “No one should doubt that we are facing a very dangerous situation.”

Hannah believes “[w]e ought to be taking all necessary measures to protect ourselves from a wide variety of threats that the Iranian regime poses to the American people.”

As we saw as recently as a few months ago, that includes the possible existence of sleeper cells in the United States willing and capable of conducting lethal operations against US targets — up to and including the President of the United States.”

But Hannah also noted that “the Iranian regime is not suicidal” and “it prizes its continued survival above all else.”

Following President Trump’s order to take out Gen. Qassem Soleimani, Hannah told us, “the Iranians are on notice that further attacks against Americans — much less the presidency itself — will likely bring down on their heads the full military wrath and fury of the United States.”

Lawrence Haas, former director of communications for former Vice President Al Gore and now a Senior Fellow at the American Foreign Policy Council, had a somewhat different view of whether Iran means what it is now saying.

“Nobody blusters better than the Iranian regime,” he told us, “But, Israel has repeatedly bombed Tehran’s efforts to establish a permanent military base in Syria, and I haven’t seen a major response of the kind one might expect – if one took Tehran’s words seriously. I think that, whether it’s the United States, Israel, or its other adversaries, the regime probes for weak spots and will go as far as it thinks it can.”

John Gizzi is chief political columnist and White House correspondent for Newsmax. For more of his reports, Go Here Now.