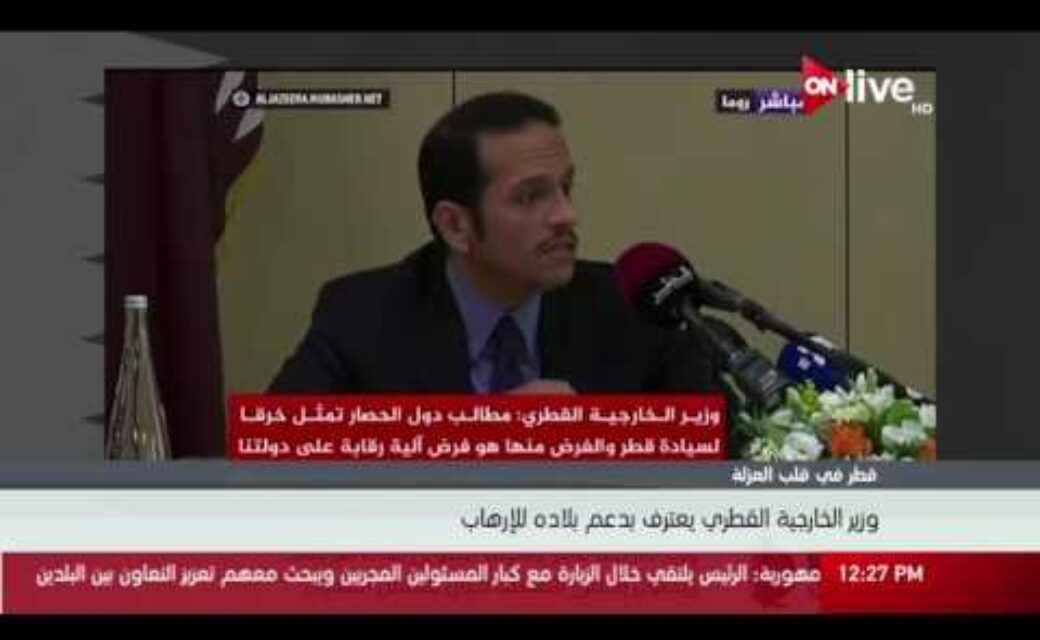 Originally published in The Federalist on Sep. 19, 2022

American policy makers, law enforcement, and intelligence agencies often rely on U.S.-based think tanks for research and policy recommendations. While many institutions produce academic products with intellectual sovereignty and moral integrity, too many receive undisclosed foreign funding from countries hostile to the United States and our interests.

Funding from these countries is generally associated with a quid pro quo. For this funding, the think tank provides analysis that is less than objective, which may lead to devastating international and national security consequences.

The looming threat of the revival of 2015 Joint Comprehensive Plan of Action (JCPOA) should compel the examination of American think tanks’ relationships with subversive regimes, such as Iran. Among the leading think tanks pushing for reinstating the JCPOA is the Qatari-funded Brookings Institution. Brookings is a top incubator of staffers for Democrat presidential administrations, including the current Biden administration.

Concerns about U.S. think tanks’ foreign ties are not new. In September 2014, The New York Times published an investigative report titled, “Foreign Powers Buy Influence At Think Tanks.” The report states that funding sources are often undisclosed and listed European and Arab countries that fund American think tanks. The donations that present the greatest concerns are provided by Qatar, a country ruled by an Islamic monarchy with ties to Iran’s mullahs and the Muslim Brotherhood.

In 2013, Qatar’s mediation between the Taliban and the United States resulted in the release of Taliban mass murderers and war criminals from prison and led to the opening of the Taliban’s “political” office in Doha. Negotiations with the Taliban ultimately resulted in handing Afghanistan to the Taliban to run it as a jihadist base for transnational terrorism.

Also in 2013, according to The New York Times report, Qatar provided a “$14.8 million, four-year donation” to the Brookings Institution. Not coincidentally, the following year Brookings began a disinformation campaign on behalf of the Muslim Brotherhood.

For instance, a 2014 article posted on Brookings’ Arabic website deliberately misstated the fourth of the Muslim Brotherhood’s ten thawabet (precepts) by writing “during the process of establishing democracy and relative political freedom, the Muslim Brotherhood is committed to abide by the rules of democracy and its institutions.” In fact, the fourth precept translates to “violent jihad and martyrdom.” It states “al-jihad sabiluna” (“jihad is our way”), which the Brotherhood insists is an obligation of every individual Muslim, as well as the collective obligation of the organization.

Qatari funding to Brookings and other foreign policy think tanks has devastating foreign policy repercussions that go beyond the pro-Muslim Brotherhood propaganda.

Last June, the FBI seized electronic data from John R. Allen, a retired four-star general who led U.S. and NATO forces in Afghanistan prior to becoming the president of Brookings from November 2017 until June of this year. Federal prosecutors obtained records indicating that Allen, while serving as Brookings’ president, “secretly lobbied for the government of Qatar, lied to investigators about his role and tried to withhold evidence sought by a federal subpoena.”

Court documents revealed “substantial evidence” that Allen’s violations of the Foreign Agents Registration Act (FARA) were “willful.” While these allegations were levied against Allen, they should have also included Brookings. After all, Brookings was the conduit through which Qatari funds and influence were peddled.

Qatar’s ties to the Muslim Brotherhood are clear. Author Muhammad al-Honi is a personal advisor to Saif al-Islam Gaddafi, son of the late Libyan leader Muammar Gaddafi. In his book, “Saif al-Gaddafi,” al-Honi wrote that former emir of Qatar Hamad bin Khalifa al-Thani “stated that he was a member of the Muslim Brotherhood.”

Al-Honi added that the emir’s successor, Tamim bin Hamad al-Thani, followed in his father’s footsteps and was able to stage a “coup against his father and seize power with the help of the Brotherhood.” Al-Honi and Saif al-Gaddafi’s claims that the Qatari royal family are card-carrying members of the Brotherhood are confirmed by Qatar’s militant support of the group and its terror and jihadist offshoots.

For example, since 2013 Qatar has become either a permanent destination or a transit route for the Brotherhood’s convicted terrorists and jihadists fleeing prosecution for a wide array of terror attacks and assassinations they perpetrated in Egypt. Qatar would either host these jihadists or facilitate their migration to Turkey, the United States, Europe, and elsewhere.

Among the most notorious jihadists who benefited from this policy was Brotherhood leader and ISIS supporter Wagdy Ghoneim. Qatar hosted him for a few years until they trafficked him to continue his jihadist agitation in Turkey.

Another example is convicted terrorist Ahmed Abdel-Basit Mohamed, also known as Basit. Basit was involved in the assassination of Egypt’s Prosecutor General Hisham Barakat in 2015. On his Facebook page, Basit admitted to involvement in jihadist activities including a terrorist attack that killed and injured 506 people. Basit fled Egypt to Qatar, which subsequently facilitated his relocation to the United States.

The Qatari government’s brazen support for transnational terrorism is self-confessed. Qatar’s deputy prime minister and minister of foreign affairs, Muhammad bin Abdul Rahman bin Jassim al-Thani, admitted to Qatar’s terror funding, stating, “as for the issue of terrorism financing, this exists in all countries in the region and it doesn’t only apply to Qatar. Qatar is actually at the bottom of the list of nations implicated in this crime.”

Finally, let’s not forget about Al Jazeera, the state-owned broadcasting company of Qatar with a U.S. channel. There is little doubt that the information disseminated by Al Jazeera is information deemed acceptable by Qatar’s emir, Al Thani, a self-acknowledged Muslim Brotherhood member.

In 2020, then-Secretary of State Mike Pompeo published “On Transparency and Foreign Funding of U.S. Think Tanks” stating: “To protect the integrity of civil society institutions, the Department requests henceforth that think tanks and other foreign policy organizations that wish to engage with the Department disclose prominently on their websites funding they receive from foreign governments, including state-owned or state-operated subsidiary entities.” We have yet to see that transparency.

It is time to designate Qatar as a state sponsor of terrorism, and the Department of Justice should require Brookings and any other think tanks affiliated with Qatar to register as foreign agents. Our national security depends on a clear-eyed response to Qatar’s funding and the Muslim Brotherhood’s influence.

Cynthia Farahat is an Egyptian-American scholar and dissident, and a fellow at the Middle East Forum. Her book, “The Secret Apparatus: The Muslim Brotherhood’s Industry of Death” will be published in September 2022 by Bombardier Books, an imprint of Post Hill Press.