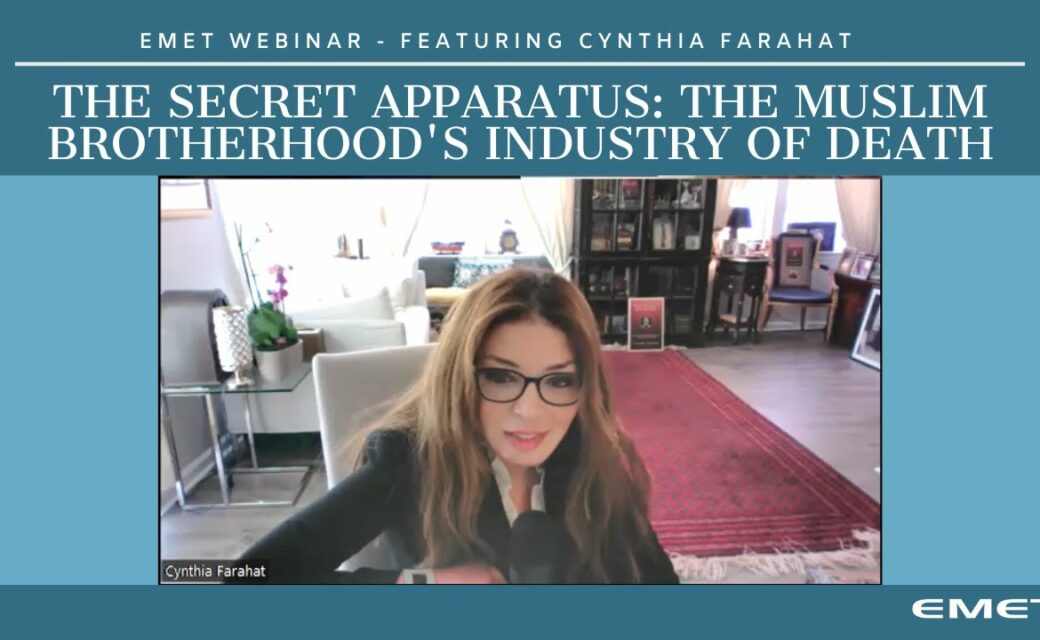 About the speaker: Cynthia Farahat is an Egyptian-American author, columnist, political analyst, counterterrorism expert, and fellow at the Middle East Forum. She co-founded the Liberal Egyptian Party in Egypt, which advocated for peace with Israel, capitalism, and the separation of mosque and state. She studied Islamic jurisprudence for more than twenty years and co-authored Desecration of A Heavenly Religion, which was officially banned by Al-Azhar University in Cairo in 2008 for its criticism of Egypt’s blasphemy law.

Farahat landed on an al-Qaeda affiliated group’s hit list and was officially banned from entering Lebanon for her work fostering regional peace. For almost a decade, she received daily death threats from Islamists. After her brother was tortured, her friend was murdered, and Islamists tried to assassinate her, Farahat immigrated to the United States.

Farahat has testified before the U.S. House of Representatives, briefed more than two hundred congressional offices, and advised intelligence and law enforcement agencies. She received the Speaker of Truth Award from the Endowment for Middle East Truth and the Profile in Courage Award from ACT for America. Her writing has been published in many national and international outlets, and her work has been translated into more than fifteen languages.